Star anise is a unique fruit that grows on an evergreen tree. It’s known for its strong pungent licorice flavor.

Star anise gets its flavor and aroma from the essential oils it contains in its walls. It plays a significant role in giving many Chinese and Vietnamese dishes their unique taste. It’s also one of the most popular spices used in Malay food.

However, star anise isn’t very commonly available in many places, and is also one of the most expensive spices out there. But eliminating it from the dishes it’s used it is not an option.

Chinese five spice powder is your best bet if you’re looking for something very close to star anise itself. This is because this spice powder contains star anise in a significant quantity, which gives it a fairly similar taste.

However, it also has some other spices that help give it a slightly unique taste, which in some cases actually means a better taste than what you would be getting with star anise.

Using this spice in a slightly lower quantity than star anise would work very well when trying to get the same taste as star anise.

Don’t let the name of this substitute fool you into thinking that just like the above substitute, anise seed and star anise are related as well. Although they both have “anise” in their name, they are not related to each other in any way.

However, the pungent licorice flavor they add to the dishes they are used in is fairly similar, which is the reason anise seed turns out to be a good star anise substitute as well.

But a problem with anise seed is that they are way milder with their flavor than star anise. So you will need to use almost twice as much of anise seed as you would use star anise.

If you don’t mind a slightly more unique star anise substitute, then a combination of anise seed and fennel seed should be right up your alley.

While fennel seeds have an even milder flavor than anise seeds, they have a sweeter flavor, which means the combination will have a unique taste but not too different than star anise thanks to the similar flavor of anise seeds.

However, just like what we mentioned above would stand true with this substitute as well, and you would have to use one and a half to two teaspoons of this combination for every one teaspoon of star anise you would use.

Caraway seeds, when used in combination with tarragon, make for a similar flavor as star anise. However, you would want to use less of caraway seeds as they have a bitter taste and also a very strong flavor.

Finally, it’s important to mention that you may not get the exact taste or flavor of star anise with any of the substitutes, though the Chinese five spice powder would come very close.

However, these substitutes make sure you get a fairly similar flavor as that of star anise, even if it may not be as good as star anise itself.

For learn about turmeric substitutes 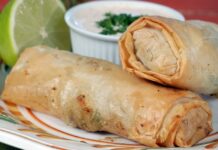 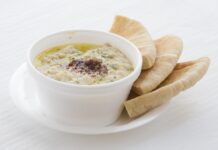 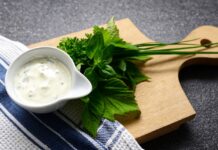