The main difference between erythritol & sucralose is sucralose is far more sweeter and has 3.36 calories per gram. Also erythritol is much more safe to consume because of zero calories and safe for diabetic patients

Everyone loves baked products or sweets. We all take tea or coffee every day. Most of us use sugar as a sweetener. Sugar has a high-calorie rating. Sugar is also a no go for the diabetics. The number of diabetic patients is increasing day by day. So we need an alternate sweetener to sugar. We already have saccharin, but have some side effects.

Excess consumption of sugar alcohols may create a laxative effect on the body. But no such dangers exist with Erythritol since unlike other sugar alcohols, over 60-90% of the contents are absorbed in bloodstreams and latter excreted with urine. Thus there are no harmful effects when someone consumes Erythritol as might occur with other sugar alcohols. Erythritol does not contribute to the tooth decay and at the same time has limited antimicrobial properties.

It is medically established that the anti oxidant characteristics in Erythritol can help diabetic patients and benefit them considerably. It protects the vascular health of diabetics. Protecting the cell lining of the blood vessels from oxidative stress, it helps one of the key processes in developing the health conditions in people having heart problems.

Sucralose is an artificial sweetener.. Sucralose is known to be nearly 600% sweeter than normal sugar. It is soluble in water. Sucralose can be used for baking. Sucralose is stable under heat. Sucralose is widely used now. It tastes better than the other sweeteners. It as well provides more stability and safety over other products.

It is a wise choice to use sucralose as it is usually safer. Sucralose was discovered in the 1970s by scientists of the Tate & Tyle. It was discovered in the Queen Elizabeth College which is now a part of the King’s college London. Sucralose was first approved to be used in Canada followed by Australia. The use of sucralose is increasing day by day. It is now used in more than 4500 foods and beverages around 80 countries around the globe. Some say Sucralose is calorie free ( but its not ) , and it does not affect dental cavities or any problems associated with tenths. Sucralose is tested and approved safe for diabetic patients. It does not have any side effects that we know of yet 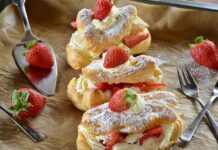 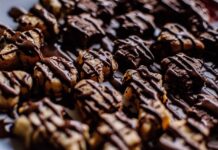 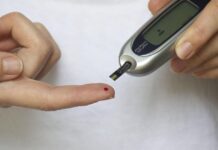