So have you ever thought there was something delicious that you could mix in almost anything.Also that is also inexpensive and you know packs this huge punch of health benefit. For me it was something that i could just you know potentially sprinkle on things that i could shake on things that would make my food, my tea, my coffee, my yogurt, my apples, you know taste even better. But in the process also was supporting my blood sugar balance was acting as an antifungal ,as antiviral, as an antibacterial for my being. Not to worry there are things out there that can do this for us. It is Ceylon Cinnamon.

Is it safe to take Ceylon cinnamon everyday?

Yes of course. Cinnamon is a beautiful thing i personally use it all over the place go through it like crazy and yeah i don’t know what to do without it. I mean once you start getting into cinnamon it’s like you can’t stop.

What does Ceylon cinnamon do for you?

Things called cinnamon aldehydes that are in cinnamon that give it basically the antiviral, anti bacteria, anti-fungal properties .it’s not just you know something that flavors our food . But it’s also something that is you know promoting our health and vitality and it even actually has activity against something called clostridium species which you may have heard of. There is a specific cinnamon that i would recommend called ceylon cinnamon.

From where ceylon cinnamon comes from?

Ceylon cinnamon is from what is originally called ceylon. The island off of southern India now known as Sri Lanka. Unlike many herbs and spices this particular varietal cinnamon doesn’t really like to grow many other places other than in Sri Lanka. In fact there are only certain regions in Sri Lanka itself that can grow this very picky cinnamon crop. But stingy old ceylon is still primarily grown in Sri Lanka which contains about 80 to 90 percent of the ceylon sentiment crops.

Which type of cinnamon is healthiest?

Ceylon cinnamon that is the true cinnamon like i said is what i use what i would recommend all of us. It’s native to sri lanka. Cassia which is a little like 99 of what you’re going to find out there if you’re not looking for ceylon. the cassia cinnamon which that’s comes from southern china but that that type of cinnamon just it has issues . Cassia cinnamon has a very high percentage of the cinnamon aldehydes compared to the ceylon cinnamon. cinnamon aldehydes can be toxic because these cinnamaldehydes they break down into coumarin and coumarin is actually used in a lot of drugs and even makeups and stuff like that. But it’s really problematic for the liver and nobody needs to mess their liver up by help trying to help themselves out by adding more cinnamon to their life.

Casia on the other hand is your friendly neighborhood cinnamon while some believe cassia started in India. There are records dating back to 2800 bc showing that casia cinnamon was already in use in china. These days the primary cassia crops are in indonesia china burma and vietnam.

Cassia is a dark brown slightly reddish color. It also has a rougher texture than ceylon basically it’s like the blue color cinnamon versus the white color cinnamon. Cassia quilts only have a couple layers when rolled up but they are semi-truck tough making it much harder to break and ground down into real cinnamon

The ceylon cinnamon on the other hand is a light brown with a very soft texture that makes it incredibly easy to use. the quills are actually paper thin and have many layers when the bark is rolled compared to cassia this leaves it quite fragile and rather easy to break.

cinnamon at one time or another i would think and it’s more than possible that all of your cinnamon experiences have been of the cassia variety. Cassia cinnamon possesses a spicier taste than true ceylon cinnamon this is because 95 of cassia’s oils are from cinnamaldehyde which is what gives it a stronger spicier flavor whereas ceylon while often described as being more subtle is often considered to have a sweeter more complex taste often with notes of citrus.

What does Ceylon cinnamon do for you?

Between these two cinnamons is actually the chemical coumarin. coumarin is a chemical defense mechanism found in plants to fend off pests and predators on the plus side it’s an anti-inflammatory, anti-hyperglycemic, antibacterial and anti-adipogenic substance. Essentially if diseases infected, then coumarin is rocky fighting off all contenders with a fierce determination but without the epic training montages

cassia contains high levels of coumarin whereas ceylon only has negligible amounts. While it’s great to have in some ways you need to make sure you don’t overdo it because coumarin is actually toxic in high doses and can cause liver damage, breathing problems, tongue and gum swelling, a burning or itching sensation on the skin, white patches in the mouth and an increased risk of cancer.

Ceylon’s scientific name is cinemom verum which literally means true cinnamon and throughout history it was often considered as such by most cinnamon connoisseurs. Ceylon has also been much more expensive than cassia throughout most of history. But really it all comes down to personal taste while the more rare and refined ceylon cinnamon does have certain advantages. Some people just love the punch and spicy notes of a good cassia cinnamon. At the end of the day it’s cinnamon and it rocks and really with whichever one you choose you can’t lose.

How can we most easily apply supply cinnamon to our life

like i said, i personally use it in smoothies all the time in a oatmeal and granola side note. We always make homemade granola because that’s like otherwise you get tons and tons of sugar in it which is no good. in coffee ,Bread. on Buns and cakes and tea you know anything else that you want to put in. You can put it in pancakes, anything with a grain in it at all. I pretty much just put cinnamon on it because you know you’re off setting with something that tastes fantastic potentially any of the bump up in glucose that might happen from consuming oatmeal or granola or yogurts or apples or bananas or all that kind of stuff and these are whole foods and you can have plenty of benefits for us. But we can you know exceed and promote that benefit even more by having put some cinnamon it’s going to taste even better.

Cinnamon basically can slow the uptake of glucose by our body as well as it can act similar to insulin in that once the sugar is inside our bloodstream it can help transfer and move that sugar out faster. So this is uh this is also great for polycystic ovarian syndrome ( PCOS ) 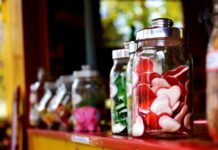 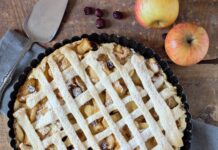 Is Sweet Tea Bad For You?